I just called to say I love you…

I wonder if Stevie Wonder would have written this song if he had been born and bred in Glasgow, Scotland, rather than Saginaw, Michigan (thanks Google) in the U.S. of A.

I once attended a conference on cultural differences where the speaker explained that in Scotland a man would never say ‘Darling, I love you.’ But instead would quietly mumble the nearest he could get, the beautifully romantic Glaswegian equivalent – ‘I like your dress, hen.’  This caused great guffawing in the room, of Scottish students I hasten to add, who immediately recognised themselves or their mumbling, fumbling boyfriends. Unfortunately a few minutes later he must have lost the place in his notes and he repeated the same hilarious joke a second time. Of course it was far less hilarious and rather embarrassing second time round, poor man. So embarrassing that I still remember it today, thirty years on.

Strangely he didn’t give a female version of the situation. Did this mean that, as women, we are more inclined to declare our undying ardour with those three little Wonder words? Or was the man simply too shy to tell us that the nearest his wife got to telling him that she loved him was – ‘I like your jumper, Jimmy’ ?

In any case I’m not a great declarer myself. I’m not sure why. Shyness? But I’m not shy. Fear? Of what? Culture and upbringing holding me back? Maybe. Whatever the reason I’d like to rectify it here and now.

Hubby, I love you more than you know, even if you drive me crazy a lot of the time.

Girls, I love you to the moon and back. No, to Mars and back. No, to that new planet which has been discovered beyond Pluto – which, by the by, has been demoted from its title of ninth planet, and is now designated as a very politically incorrect dwarf planet (thanks again Google) – and back.

Big blister, luv U2. Thanks for telling me more often than I ever tell you.

Nieces, nephews, both blood ones and partners, little nieces and little bump, I love you all.

Aunties, uncles, cousins, in-laws, friends, colleagues, acquaintances, though near or far, I hold you all in my heart.

But maybe I can break out of this word-retention affliction by practising. If I stand in front of the mirror every day for ten minutes chanting the phrase then perhaps it will come out more easily. Or maybe I’ll just end up sounding like that dog on youtube. The blue-eyed, husky one who repeats time and again, after its master and mistress prompt it and probably show it a few yummy doggie biscuits off-screen – I WUV OOO!

I’m off to the bathroom to practise now. In the meantime, whenever we meet, remember that even if I don’t say it or sing it or bark it, I still love you. And I mean it from the bottom of my heart. 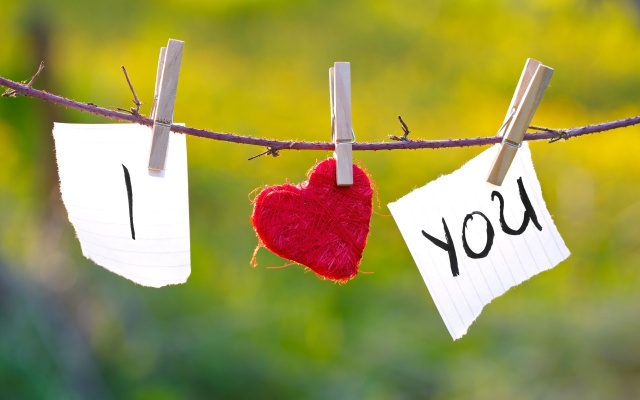 I've just turned fifty, OMG ! I didn't realise I would have so much to say about this time of my life. The pure pleasure of writing has hit me hard and this blog is sheer self-indulgence. Enjoy!
View all posts by Juliet →
This entry was posted in Non classé and tagged love. Bookmark the permalink.

3 Responses to I just called to say I love you…